How To Desalinate Seawater

The seawater desalination equipment converts seawater into fresh water to provide a standard water source for life, industry, etc. The reverse osmosis desalination desalination process does not need to warm the seawater, operates at normal temperature, consumes less energy, and has low water production cost. How is desalination carried out?

Seawater pretreatment: Whether it is desalination or desalinization of brackish water, feedwater pretreatment is the key to ensuring long-term stable operation of the reverse osmosis system. Adequate consideration should be given to the development of seawater pretreatment programmes: the presence of large amounts of microorganisms, bacteria and algae in seawater. The growth of bacteria, algae and microbial growth in seawater not only causes many troubles for water intake facilities, but also directly affects the normal operation of desalination equipment and process pipelines. Periodically rising tides, low tides, and a large amount of sediment in the seawater, the turbidity changes greatly, which is easy to cause unstable operation of the seawater pretreatment system. The seawater is highly corrosive. The materials of the equipment, Desalination Valves and pipelines used in the system must be screened and the corrosion resistance should be good.

Seawater sterilization and algae removal: Foreign seawater desalination projects use chlorine, NaClO and CuSO4 to kill algae. Considering the various factors such as transportation, it is difficult to add chemical reagents to kill algae. In the process of developing the equipment, seawater sodium hypochlorite generator is specially used. After the seawater pump is taken, a small amount of pressurized seawater is separated and enters the sodium hypochlorite generator to generate NaClO under the action of a DC electric field. The difference is directly injected into the beach sinkhole to kill bacteria, algae and microorganisms in the seawater.

Due to the high hardness of seawater, the direct electrolysis of seawater to produce N aC lO must overcome the problem of electrode fouling. In the development process, the electrodialysis frequent reverse polarity (EDR) technology was used, that is, the electrode polarity was reversed every 5-10 m, which effectively solved the problem of scale precipitation of sodium hypochlorite generator.

Weidouli is a China manufacturer of Desalination Valve. We have a high-tech work shop. We have a complete quality management system. Choose Alloy Valve Manufacturer, you can be get most careful and thoughtful service! 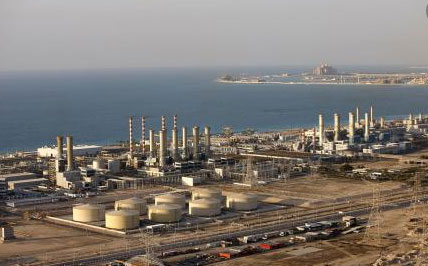