A control butterfly valve is a valve that can be used for isolating or regulating flow. It is called a quarter-turn valve too. In operation, the valve is fully open or closed when the disc is rotated a quarter turn. The "butterfly" is a metal disc mounted on a rod. The closing mechanism takes the form of a disk. Operation is similar to that of a ball valve, which allows for quick shut-off. The disc is positioned in the center of the pipe, passing through the disc is a rod connected to an actuator on the outside of the valve. Rotating the actuator turns the disc either parallel or perpendicular to the flow. Control butterfly valves with double offset design and triple offset design. Control butterfly valves are generally favored because they are lower in cost than other valve designs as well as being lighter in weight.

The Features of Control butterfly valves

According to the specifications of API609, two independent thrust collars are installed at the lower side of the disc to prevent disc deformation, valve stem dislocation and sealing surface occlusion caused by fluid pressure and temperature, thus ensuring the normal operation of the valve in any working conditions; Meanwhile an independent valve stem ejection mechanism is designed at the lower end of the valve to prevent unexpected accidents caused by valve stem breakage or ejection.

In the design process, we consider the regulation and control application, so we make the most of the sealing principle of triple offset butterfly valve to achieve that the disc does not scratch the seat and the torque of the stem is transmitted directly to the sealing surface through the disc when the valve is switched on and off, that is to say, there is almost no friction between the disc and the valve seat, thus eliminating the jump phenomenon and the inability of regulation caused by various unstable factors such as friction in the low opening range of valve, which means the dead band is eradicated. This means that our butterfly valve can enter the adjustable region from zero to 90 degrees, and its normal control ratio is more than twice that of the general butterfly valve, and the highest control ratio can be as high as 100:1.

The laminated seat of a triple offset butterfly valve

The valve seat is made of metal sheet and graphite sheet, which can effectively prevent the influence of small solids in the medium and the sealing surface occlusion caused by thermal expansion, ensuring that it has no leakage even if there exists minor failure.

The replaceable seat of a double offset butterfly valve

The surface roughness of the elements processed by the Hawking Machine is less than Ra0.2, which improves its surface hardness and wear resistance, reduces the wear of sealing filler and the valve torque, and makes the seal of the dynamic sealing part more reliable. 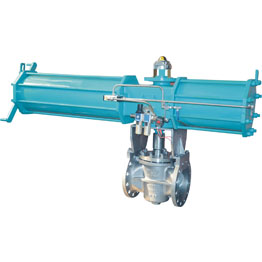 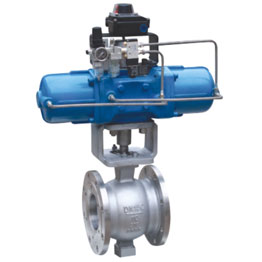